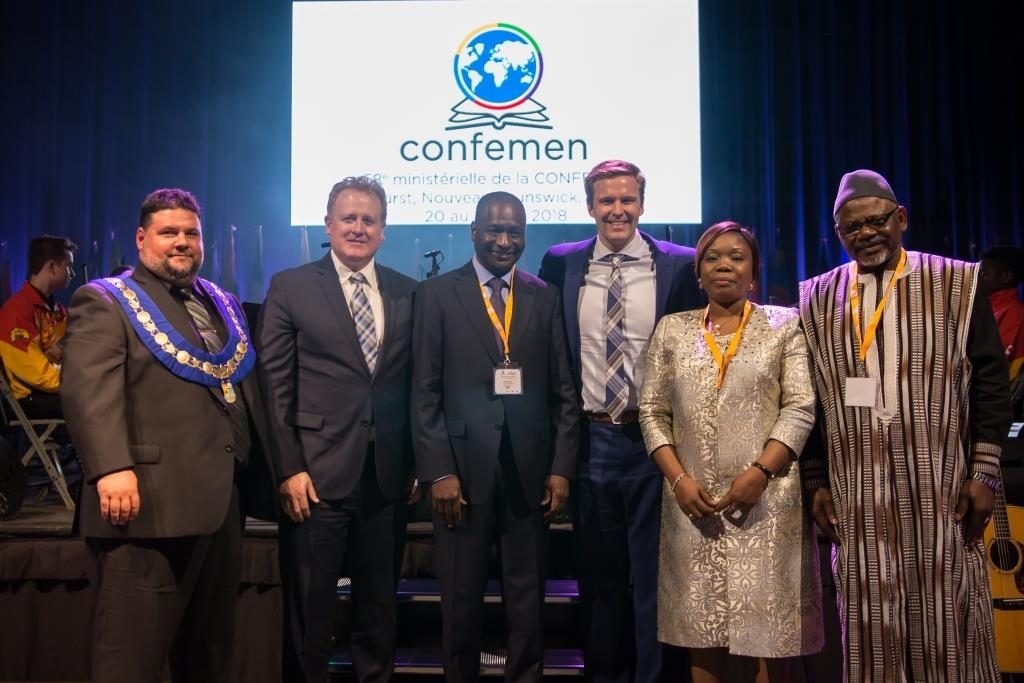 The Ministers of Education of CONFEMEN member states and governments meet every two years to combine their efforts for universal primary education by addressing the challenges of access, equity and quality of their system. educative.

The Ministerial Conference is the decision-making body of CONFEMEN. Its role is to guide education policies in countries with French in common through decisions and recommendations in order to integrate education systems at the heart of social and economic development processes. At this Conference, Ministers of Education should:

CONFEMEN is made up of ministers of French-speaking states and governments responsible for education and training at the various levels of education.

“The Conference of Ministers of Education of the States and Governments of the Francophonie (CONFEMEN) proceeds from a common will of cooperation of the participating countries to clearly define the objectives and rigorously organize the means with a view to the adequate integration of the systems national educational institutions in the process of economic and social development. CONFEMEN thus constitutes a structure for information, reflection and consultation between Ministers of Education”. (Source: article 3 of the CONFEMEN statutes)

The member ministers of CONFEMEN meet during a biennial conference and share information which will focus in particular on the evolution of education systems, national reforms in progress or envisaged, the difficulties encountered, the positive results recorded. The resulting recommendations may lead to operations specific to CONFEMEN or to actions to be carried out in cooperation with regional or international organizations with similar or complementary objectives. Consultation should enable member ministers to develop common positions to be put forward in the bodies of international organizations, in particular those of La Francophonie.

Any State or government of which French is the official language, working language or language of communication, may apply for admission as a full member of CONFEMEN. The member ministers decide, during the Ministerial Conference, on the applications for membership that they receive during the intersession. The quality of Member State or government is lost by a resignation notified to the president in office or by exclusion pronounced by the Conference and notified by the president to the country concerned.

Also, any state or government of which French is the official language, working language or language of communication, may be admitted as an observer to the work of CONFEMEN, either upon request addressed to the current president, or at the invitation of the country. host.

Here is the list of ministers of CONFEMEN member states and governments: